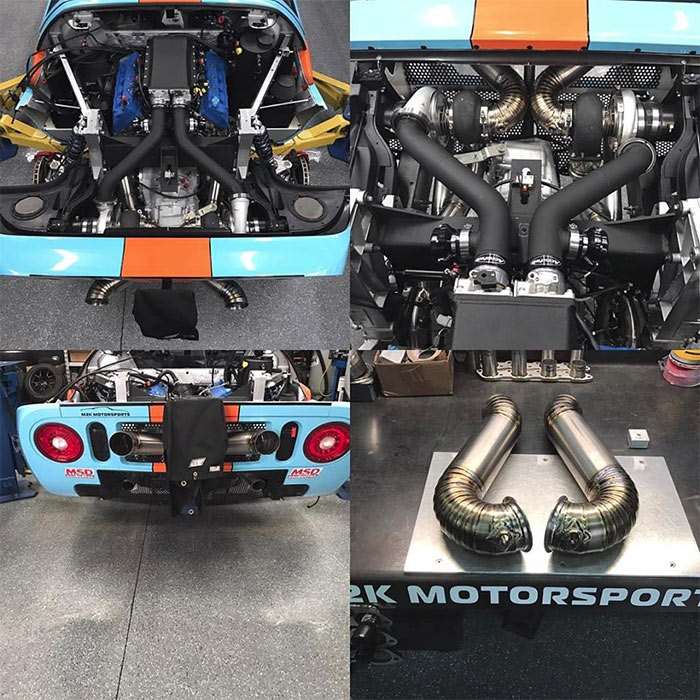 Down in Victoria, Texas they run something each year called the Texas mile. Essentially you bring your car and if it meets the safety standards you get to drive it as fast as you want down a mile long aircraft runway. This year at the event, M2K Motorsports showed up with a heavily modified Ford GT and they set the track on fire.

That Ford GT went 293.6 MPH in the standing mile. If you don’t know what a standing mile is, you line up at a dead stop and you have a mile to accelerate to your top speed. The base car is a 2006 Ford GT using the factory 6-speed. The car uses a MoTeC ECU, massive twin turbos, and other gear.

The car did a quarter mile at over 167 MPH. To slow it down a drag racing parachute was included. The 293.6 MPH run is a world record for the standing mile.