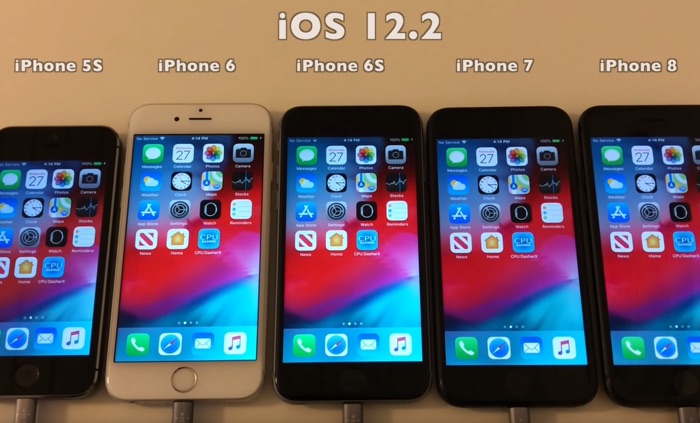 The new iOS 12.2 software update is here, the software was released earlier this week and we previously saw some speed test videos of the OS.

Now we have another video, this ones tests out the battery life on the new iOS 12.2 software compared to the previous iOS 12.1.4 software.

The battery tests were run on a number of iPhones from the iPhone 5S to the iPhone 8, the tests were done using Geekbench 4, lets find out if there are any battery life improvements in the new version of iOS.