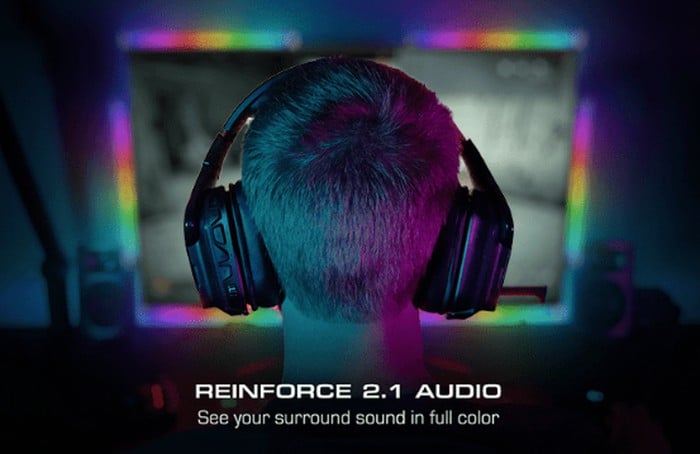 Gamers looking to enhance their audio or deaf and hard of hearing gamers looking to help increase immersion, may be interested in the Audio Radar system available via Indiegogo. The system has been specifically designed to provide visual feedback for hard of hearing gamers allowing them to visually see the direction of audio and surroundsound in full colour. Audio Radar works with anything that has an HDMI output, including Xbox, PlayStation, Switch, and PC. For best results, output in 7.1 channel audio.

Early bird pledges are now available for the inventive project from roughly $319 or £232 (depending on current exchange rates), offering a considerable discount of approximately 20% off the retail price, while the Indiegogo crowd funding is under way.

“The idea for Audio Radar came when Tim Murphy, passionate founder of AirDrop Gaming, attempted COD with the volume at zero. Realizing the difficulty of enjoying inaudible first-person shooter games – half the dimension of the gaming experience – Tim built empathy and awareness for the unmet needs of d/Deaf gamers. His aim became creating a user-centered device that promotes inclusivity in the gaming world—a system that visualized 7.1 surround sound effects such as gunfire and footsteps programmed into today’s most popular FPS games. After two-plus years of development and 18 months of testing, Audio Radar is set to release.”

If the Audio Radar campaign successfully raises its required pledge goal and fullfilment progresses smoothly, worldwide shipping is expected to take place sometime around July 2022. To learn more about the Audio Radar for hard of hearing gamers project view the promotional video below.

“The system isn’t only designed for deaf and hard-of-hearing users. Tested by full-hearing gamers, this device distinguishes the direction of sound for gamers without leaving them guessing. Whether your current sound system isn’t sufficient or you’re forced to play at zero volume, Audio Radar fortifies a full hearing gamer’s experience. Installing Audio Radar is as simple as connecting the light bars and plugging in the panel. See the Sound without delaying software. No lag, just gaming.”

For a complete list of all available pledge options, stretch goals, extra media and specifications for the for hard of hearing gamers, jump over to the official Audio Radar crowd funding campaign page by following the link below.