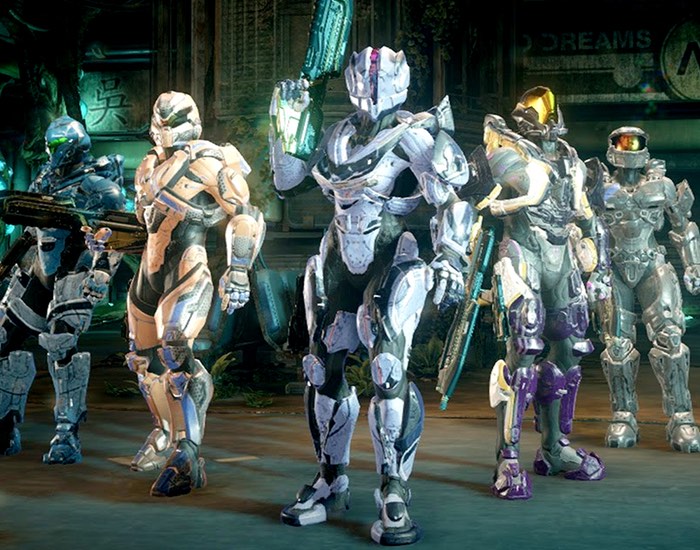 343 Industries has today released lots more details about the upcoming Cartographer’s Gift update to Halo 5 Guardians that arrives next week and brings with it Forge, new Arena and Warzone maps, Seasons and social playlists, brand new REQs, and more.

The developers of the Halo 5 game have today revealed each unlockable REQ that include weapons, armor, and emblems you might recognise from past Halo titles, as well as some new additions, says 343.

Cartographer’s Gift marks the return of the SPNKr Rocket Launcher – the dual-tubed tool of destruction that comes in 4 flavors. You’ll also notice the full set of Gold Standard weapon skins, which are rather fitting of their Legendary rarity. We hope you’re as excited as we are for Cartographer’s Gift and the wide array of new content it brings to Halo 5. Without further ado, here’s the full REQ reveal of the Cartographer’s Gift update, which we teased in last week’s Halo Community Update.