Haier showed off their new Haier Tianzun Air Conditioner at CES last week, the device is one of the first home appliances that has had the Apple MFI approval.

This means that this new air conditioner can be connected to your iPhone, iPad and iPod Touch, and has been certified by Apple as a smart air conditioner. 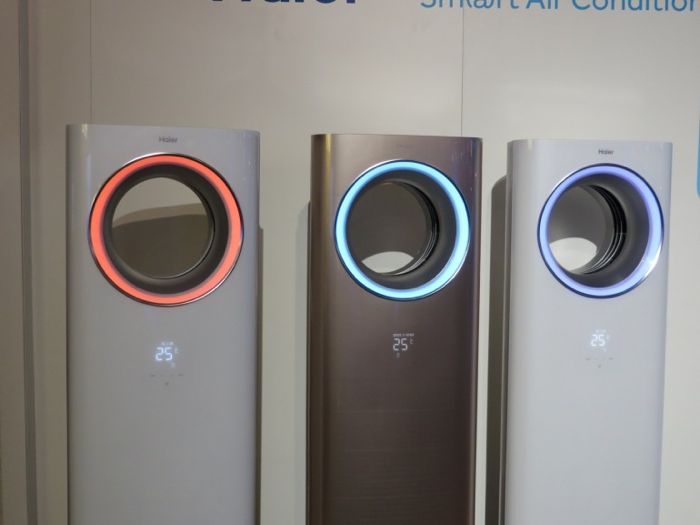 In the past the MFI approval has been used for things like docks and speakers to stream audio, and also things like game controllers.

Haier has said that they are expecting more of their smart home appliances to get Apple MFI certification in the future, which will include cookers and water heaters.

This is quite interesting, that Apple should choose now to give a home appliance MFI certification, a 2014 is expected to be a big year for home automation with Apple devices.

Apple’s iWatch is said to come with some sort of home automation controls, and the company is also expected to incorporate home automation with their existing line of iPhone and iPads.

We suspect we will see a number of other smart home appliances become compatible with Apple’s MFI feature, ahead of the launch of the Apple iWatch which is expected later in the year.