A pair of security experts in the United States have demonstrated the capability of taking over complete control of an automobile using an old-school Nintendo videogame system controller. The security experts were able to take control of two popular car models while someone else was driving them using a laptop and the videogame controller. The security researchers are Charlie Miller and Chris Valasek. 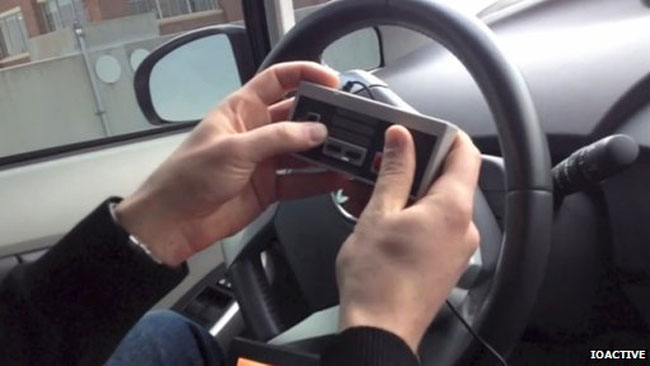 The security researchers funded their work with money given by DARPA. To take over control of the vehicle the researchers used cables connected to the vehicle easy you using the onboard diagnostics port that mechanics used to identify faults in the vehicles systems. The vehicles that were taken over included 2010 Ford Escape and Toyota previous.

Specially written computer software was that able send instructions to the car that overrode commands from the driver. From the back seat that hackers were able to steer the vehicles left and right, activate the brakes, and force fuel gauge to drop to zero. Toyota doesn’t consider this to be hacking. The Toyota spokesperson said, “Altered control can only be made when the device is connected. After it is disconnected the car functions normally. We don’t consider that to be ‘hacking’ in the sense of creating unexpected behaviour, because the device must be connected – ie the control system of the car physically altered.”