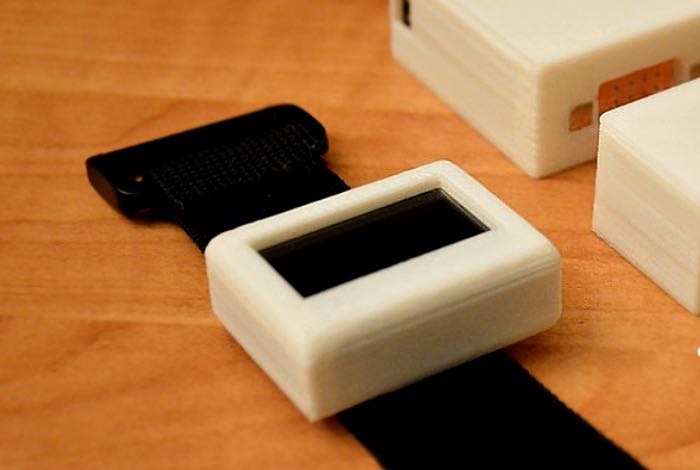 A new wearable device has been created called GyroPalm that launches on Kickstarter later today and provides an innovative way to control appliances, smartphones, robots and other projects using simple gestures.

The patent pending design takes the for a wrist worn prototype that has a range of up to 3,000ft and can even be used through the Internet to control lights and other deceives in your home whist you are away.

Watch the video below to learn more about the GyroPalm wearable device and how it could make your life easier.

GyroPalm is a universal remote for your wrist that lets you control virtually anything from computers, smartphones, electronics, appliances, and even robotics.

GyroPalm is a universal control system that allows you to interact with anything by gestures of your wrist. Through our patented gesture control system, GyroPalm is one of the most scalable wireless control systems which even allows for IoT communications. GyroPalm consists of three parts: A wrist-unit, a receiver base, and an accessory (optional).

The inspiration behind GyroPalm is that everyone works hard everyday and would appreciate a device that makes their daily tasks easier to accomplish. Smartwatches are innovative, but can come to the conclusion that they cannot control anything more than a smartphone. Moreover, most smartwatches communicate through Bluetooth, which hinders wireless range to 35ft. For consumers who want more control and distance (without being a programmer or developer), there is simply no universal wearable device in the market which provides great flexibility in various platforms. GyroPalm is the ultimate solution in wearable control!

Visit the Kickstarter website later today to make a pledge to be one of the very first to own a GyroPalm.