Ric is a former Disney ‘imagineer’ and he used a total of 21,268 LED lights, 7 light controllers, and each controller has 16 different outputs and 2-3 TTL inputs that are used to control the game, check out the video of it in action below. 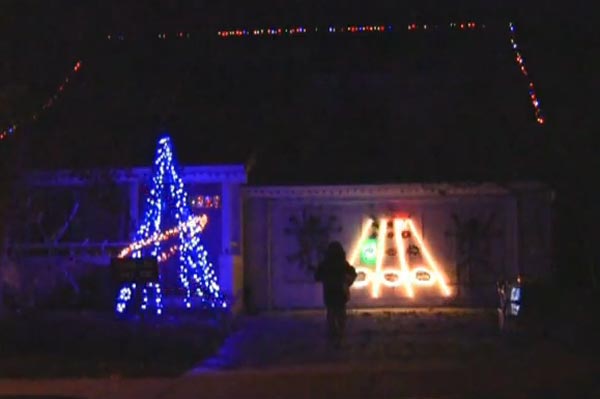 Christmas Light Hero is using 7 light controllers from Light-O-Rama built from kits to control 21,268 lights and LEDs. Each controller has 16 outputs and 2-3 TTL level control inputs that are used by the game system to fire different programmed light sequences depending on what happens in the game.

It relies on the fact that the game sequence is very consistent. If the game and the lighting sequences start together, they will stay in very good sync through the length of the song. The light program allows branching and overlays for fail, star power and ‘ready.’ I have some ideas to automate the initial show/game sync, but for now you have to push doorbell buttons at the right moments.

Amazing, I wonder how many of Ric’s friends will be stood in his yard over Christmas playing the game, it certainly beats sitting in front of your TV.