Recently a scientist claimed that immortality was within the grasp of modern science. But all the way in Oxford uni England, the fruits of indefinite perfectibility are being used for a more altruistic purpose—restoring sight to the blind, or at least visually impaired. A new set of ‘bionic’ glasses embedded with advanced technology could allow the visually impaired to perceive their surroundings and restore a little normalcy to their lives. 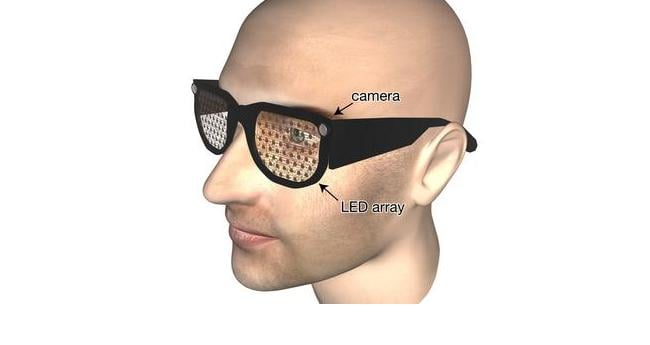 But since restoring sight to the blind remains the stuff of miracles, the scientists at the  Department of Neurology are aiming for a more practical goal, which is to improve the vision of the elderly. Consider this the first step.

The key to creating this new type of glasses is using features that were originally developed for gaming and smartphones, especially cameras.

According to reporter Jonathan Wood:

The glasses have video cameras mounted at the corners to capture what the wearer is looking at, while a display of tiny lights embedded in the see-through lenses of the glasses feed back extra information about objects, people or obstacles in view.

Of course, with the hardware side at least covered, the major challenge now is how to create a viable gadget that’s also a functional engineering marvel. What this means the glasses must be able to perform their task without encumbering the wearer, i.e. not to become glorified goggles that would puzzle onlookers.

Like most things developed in laboratories, it might take a while before these bionic glasses are commercially available and until then, it’s time to start saving those pennies.