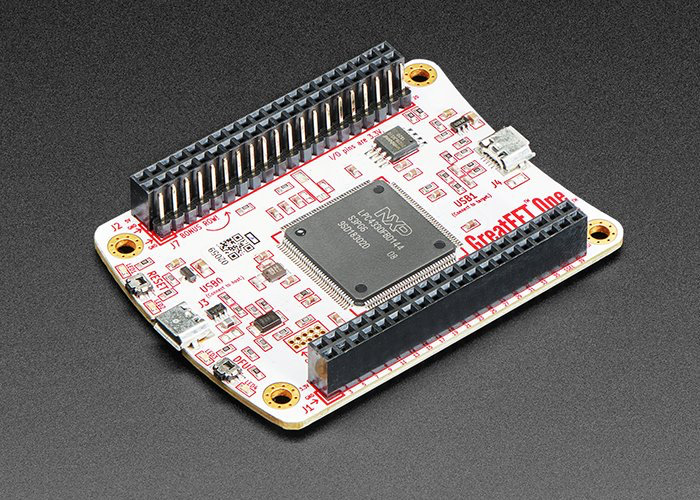 Adfruit has this week announced that the GreatFET One has received support for Blinka, the CircuitPython Library compatibility layer for Single Board Computers. The GreatFET One from Great Scott Gadgets runs at 204 MHz and offers a massive number of GPIOs on the 100 pins, together with I2C, SPI, and UART. As well as support for PWM or Pulse Width Modulation, and has an ADC and DAC for Analog to Digital Conversion and the other way around.

The GreatFET One mini PC is priced at $99.95 and at the center is a powerful NXP LPC4330 Cortex M4 with two USB ports, one host and one peripheral, enablign teh mini PC to act as a ‘man in the middle’ for USB interfacing.

“Whether you need an interface to an external chip, a logic analyzer, a debugger, or just a whole lot of pins to bit-bang, the versatile GreatFET One is the tool for you. Hi-Speed USB and a Python API allow GreatFET One to become your custom USB interface to the physical world.”

For more information on the newly added Blinka support for the GreatFET One mini PC jump over to the official Adafruit website and online store.