If you thought one quadrocopter was scary enough flying towards you, how about a swarm, in formation? The University of Pennsylvania’s GRASP Lab has been teaching their quadrocopter to do some synchronised formation flying.

GRASP explain that its relatively straightforward to control a couple of them at once using a precision motion capture system, but ultimately, it’s going to be much more useful to have the quadrocopter work with each other directly, without heavy dependence on external sensors and computers. Watch the video of the quadrocopters in action and flying in formation after the jump. 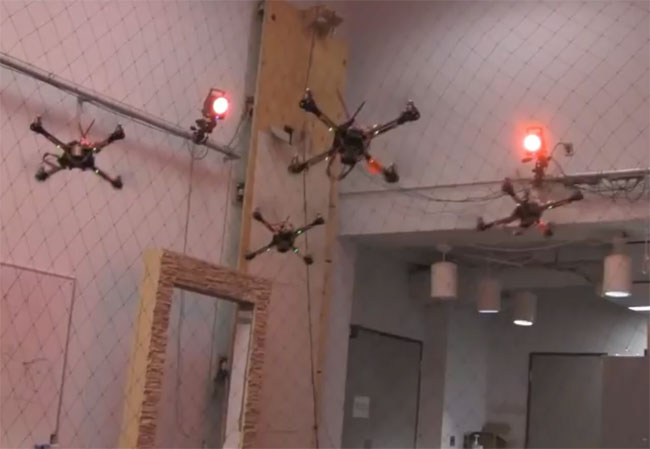 With regards accuracy 50 percent of the time the quadrotors are within a just two centimeters of where they should be, and if one of the formation loses connection to the lead quadrocopter, its able to drop out of the formation and reform and a later time, once connectivity is restored. In the near future, GRASP is looking to carry out some outdoor experiments relying on a 10 to 20-centimeter-accurate on-robot GPS system.