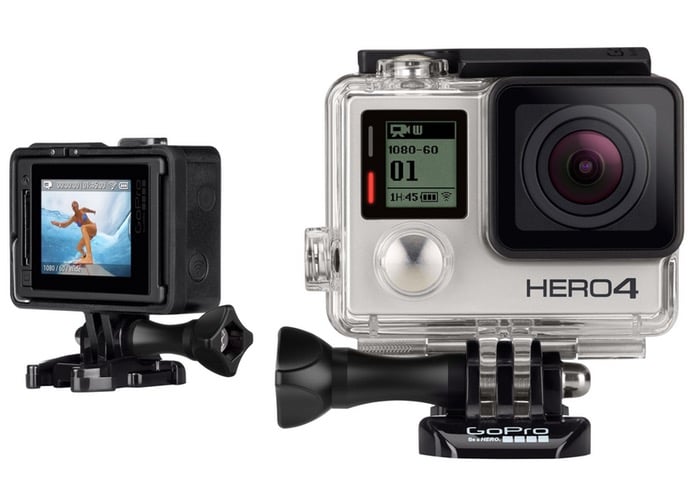 The Wall Street Journal (WSJ) has today reported that GoPro the action camera manufacturer is currently in the process of developing their own GoPro Drones, that will be consumer camera equipped drones to compete with the likes of DJI, Parrot and others.

The information has been leaked by source close to the GoPro drones development who explained to the WSJ that GoPro plans to start selling multirotor drones equipped with high-definition cameras late in 2015.

The new GoPRo action camera drones are expected to be priced between $500 and $1,000 when they launch late next year. However GoPro is staying tight lipped about the development and has not confirmed or denied the rumours at the current time.

GoPro was and founded by Nick Woodman back in 2002 and acquired the CineForm 444 video codec back in 2011 that allows HD and 3D editing faster and more convenient without sacrificing image quality.

In its first year GoPro sold $150,000 worth of product. In 2006 the company introduced its first Digital Hero, with 10 second video capability, and generated $800,000 in revenue. The following year GoPro sales quadrupled to $3.4 million.”

For more information on the new GoPro range of action cameras jump over to the official website for details.