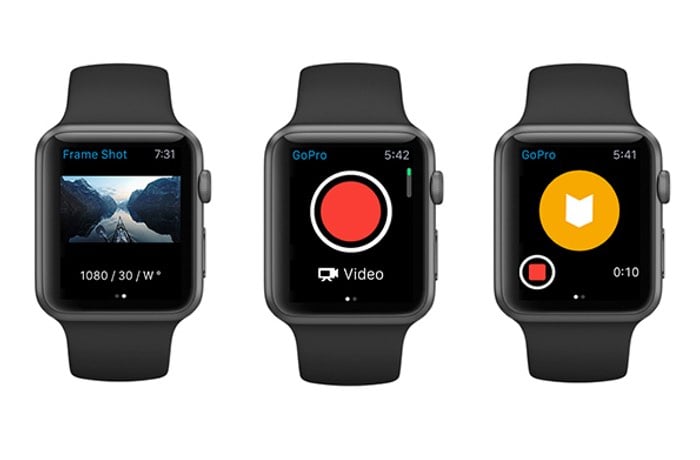 GoPro has today rolled out a new update for its GoPro App which brings with it the ability to view footage directly from the new Apple Watch wearable, as well as carry out a few useful tasks.

The GoPro Apple Watch app provides the ability to Preview shots, Start / stop record, Toggle settings and Add Hi-Light tags. Check out the video below to see the new features in action.

The expansion of the GoPro mobile application to the wrist worn wearable allows you to conveniently capture, share and view content directly from your wrist. GoPro explains more :

GoPro is excited to launch Apple Watch features for the GoPro mobile app, featuring a simple design that gives Apple Watch users quick access to the camera’s controls right from the wrist. The Apple Watch features allow users to preview their shot, toggle between capture modes, start/stop record and add HiLight Tags to the best moments of their videos.

In addition to the Apple Watch integration, the latest version of the GoPro App offers a new design and makes capturing and sharing easier by allowing users to grab high-quality still images from videos, filter media by photo, video or HiLighted moments, and continue to use the app’s Trim & Share features to produce 5-second, 15-second and 30-second clips.

For more information on the new GoPro app jump over to the GoPro website for details via the link below.