Google has announced that it has updated the mobile version of its Gmail website, and the new mobile website’s design is now similar to the design on their iPhone and iPad app that they launched last year. 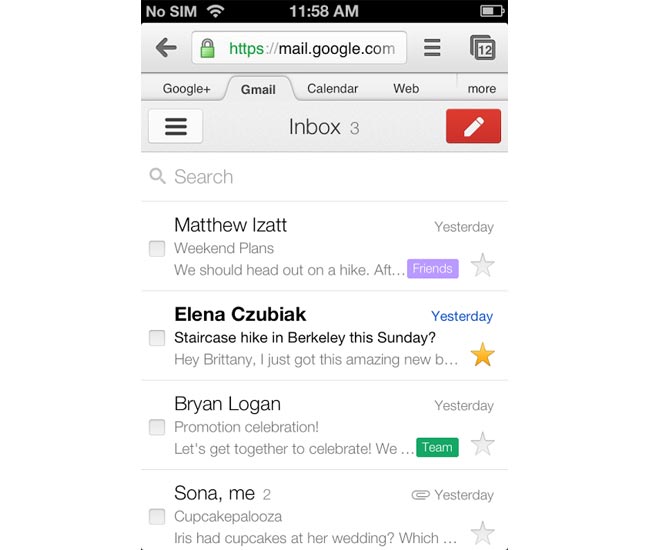 Since launching the rebooted Gmail app for iPhone and iPad in December (http://goo.gl/2m7pd), we’ve heard from many of you that you like the redesigned UI, along with new features such as improved search and integration with Google Calendar. Today we’re rolling out a similar refreshed look to the Gmail mobile web app as well as Gmail Offline (http://goo.gl/0f1ae) that includes many of these same changes. Try it out at gmail.com in the browser of your Android, iOS, Blackberry or Kindle Fire device. #MobileMonday

You can try out the new Gmail app on your mobile device by going to gmail.com, they have also updated the design on their Gmail Offline version as well.