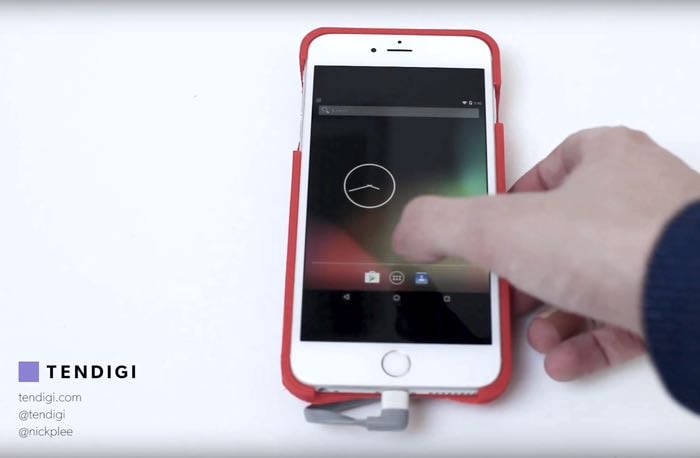 Last month we saw Windows 95 running on the Apple Watch, this was done by Nick Lee from Tendigi and now he has managed to get Android running on the iPhone.

The video below shows Android running on the iPhone, although it took quite a bit of work to get the OS working on Apple’s iPhone.

Despite some obvious drawbacks, Android has a killer feature that made this project possible: (virtually) the entire operating system is open-source. The Open Handset Alliance (a consortium of carriers, phone manufacturers, and software developers led by Google) maintains the Android Open Source Project. The AOSP is the foundation of all device-specific flavors of Android shipped on phones from manufacturers like Motorola, HTC, LG, etc. For a platform of its scale, it’s surprisingly easy to clone it out and build it on your local machine. From scratch, I was able to develop an efficient AOSP workflow in about two days.

You can find out more information on excatly what was involved to get Android running on the iPhone at the link below.