Google has decided to hitch one of their Street View cameras to a train in Switzerland and the camera has been used to photograph parts of the Albula / Bernina railway in Switzerland. 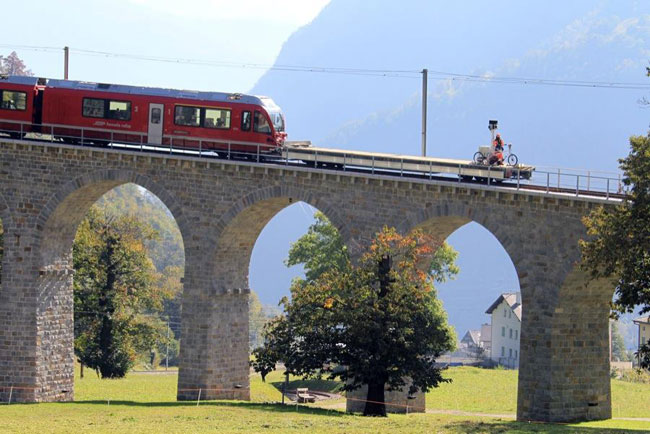 The results haven’t appear on Google’s Street View as yet, you can see lots more photos of the Street View train over at Macprime.