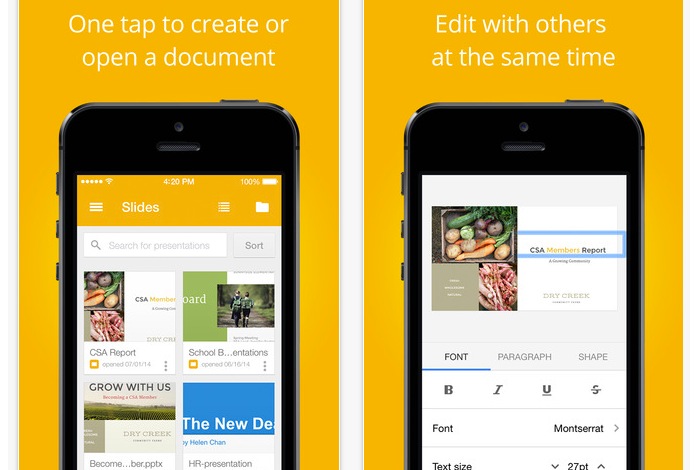 Google has this week extended the range of applications available on Apple’s iOS devices and mobile operating system with the launch of their new Google Slides iOS application.

Google Slides enables users to create, edit, and collaborate with others on presentations from your iPod, iPhone, or iPad which can then be shown directly from your iOS device, and is free to download from the iTunes App Store.

For more information on the new Google Slides app jump over to the iTunes App store website for details and to download the free app which is 61.5mb in size.