Google has this week updated it Android distribution results, which revealed that Android devices running Android 4.0 and above now account for the biggest majority, finally pushing Android Gingerbread from the top slot.

The new figures released by Google for Android show that Google’s Android Ice Cream Sandwich has 28.6%, while Jelly Bean has 16.5%, with Android 4.1 holding the large majority of Jelly Bean’s share with 14.9% compared to the 1.6% 4.2. 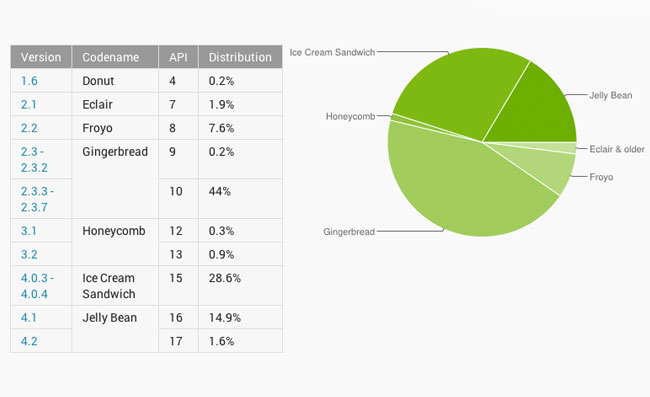 “Notice that the platform versions are stacked on top of each other with the oldest active version at the top. This format indicates the total percent of active devices that are compatible with a given version of Android.

For example, if you develop your application for the version that is at the very top of the chart, then your application is compatible with 100% of active devices (and all future versions), because all Android APIs are forward compatible.

Or, if you develop your application for a version lower on the chart, then it is currently compatible with the percentage of devices indicated on the y-axis, where the line for that version meets the y-axis on the right.”

The data released by Google was collected during a 14-day period ending on March 4th 2013. 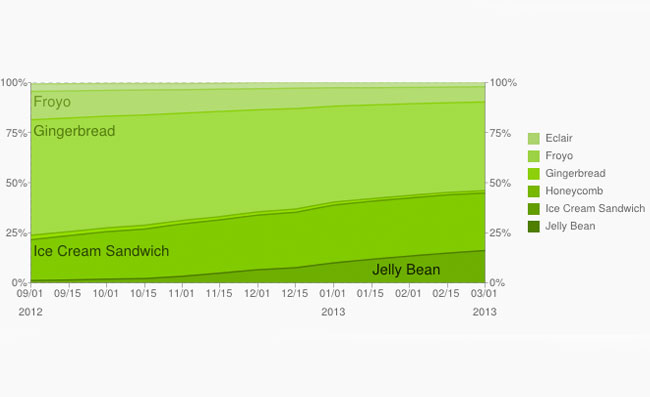