Google has been saying that their new Chrome Web Store will be arriving ‘later this later’ but recent additions to the site a makes that date look as though it could be very soon.

Google has issued a post today explaining to US developers they can now link their apps up to Google Checkout merchant accounts and can preview how your app will look in the store when it goes live. 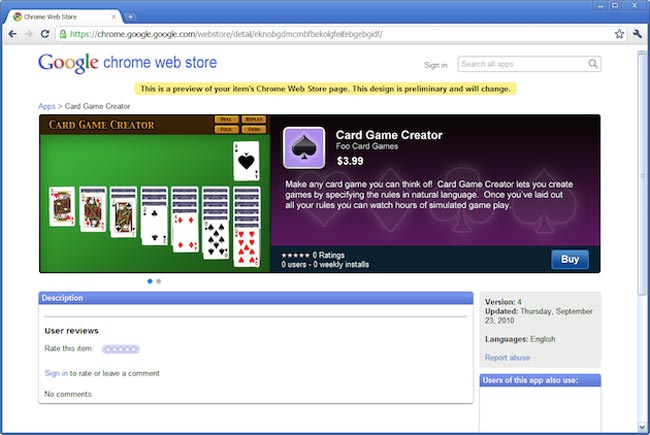 Goolge has also released a set of guidelines explaining what developers will need when they upload their app for display in the Web Store. Included here are guidelines for icons, header backgrounds, screenshots, and optional promotional images.

Now with the Chrome Web Store pretty much fully functional I wonder how much longer we will need to wait?