Google has today announced that it is rolling out its new Google Play magazine store and application to UK residents equipped with Android devices. Todays Google magazine launch includes over 100 UK titles for users to choose from, including Conde Nast’s Vogue and Traveller, PC Gamer, Official XBox Magazine, as well as Hello! 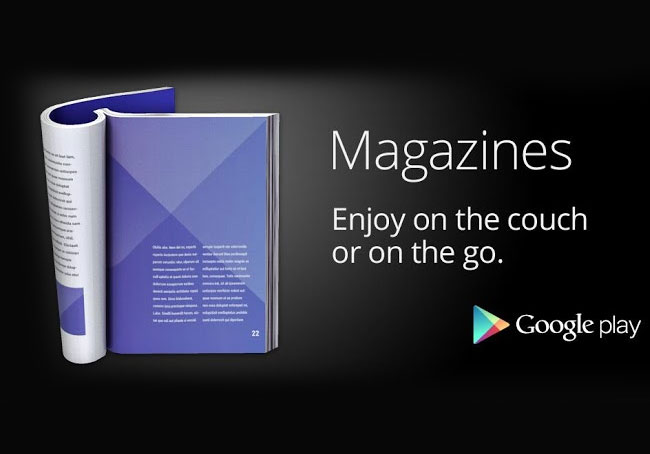 “Discover hundreds of bestselling magazines on Google Play. You can shop a wide selection of titles, from cooking to technology, travel, fashion, sports, photography, and so much more. It’s never been easier to find a great read to enjoy on vacation, lounging at home or on your morning commute. Buy new issues or back issues, subscribe and get free 14 or 30-day trials, and customize your reading experience for Android tablet or phone.”

Tabs have also appeared in the app on other localised versions for France and Germany so it looks as thought Google will soon be rolling out the Google Play magazine store and app across Europe. But no official rollout dates have been announced by Google at the present time. Google explained in its announcement via Google+ today :

“Introducing Magazines on Google Play : Starting today, you can get all your favourite magazines instantly to your Android tablet or phone. You can chose to pick up a single issue or subscribe to your favorite magazines such as Glamour, Hello!, Men’s Fitness and Total Film. There are now over a hundred of the UK’s favourite magazines now in the cloud that you can read anywhere, anytime on any Google Play device.”

For more information and to download the Google Magazine app and new magazines within the UK jump over to the Google Play Store.