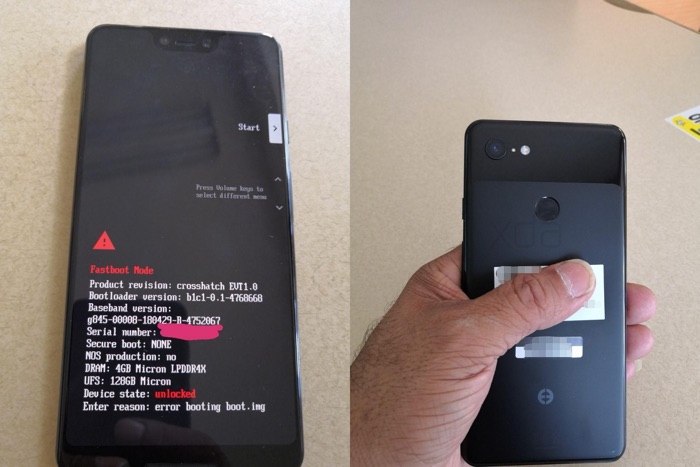 Since Apple launched their iPhone X, many smartphone makers have included a notch on their handset and now it would appear that the Google Pixel 3 may do the same.

Some pictures of what appear to be a prototype of the Google Pixel 3 have appeared online and they show a notch at the top of the handsets display.

The Pixel 3 will apparently be powered by a Qualcomm Snapdragon 845 processor and the device will come with a glass back and will feature wireless charging. There does not appear to be a headphone jack on this prototype so Google could get rid of it for the launch of the final version.

The Pixel 3 and Pixel 3 XL are expected to launch later on in the year along with Android P, as soon as we get more details about the handset, we will let you guys know.