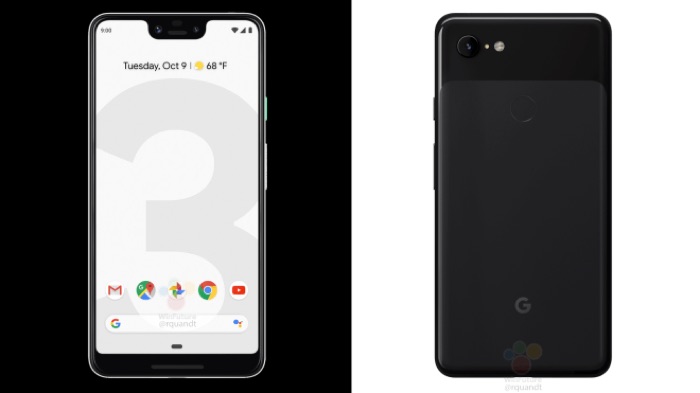 The new Google Pixel 3 and Pixel 3 XL will be made official at a press event next month and now some press renders of the handsets have been leaked.

The guys from Winfuture have posted what appeared to be official press renders of the new Pixel 3 and Pixel 3 XL smartphones on their site. 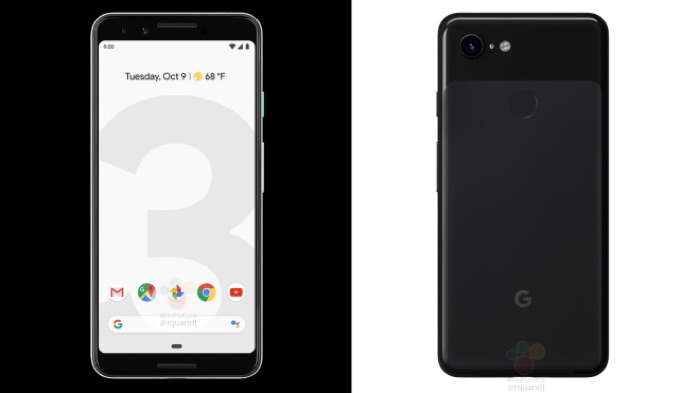 The Pixel 3XL  have a notch at the top of the display like the majority of devices on the market at the moment, the Pixel 3 will not come with a notch.

Both handsets are expected to come with a Qualcomm Snapdragon 845 processor and 4GB of RAM, we will have more specifications on the handsets closer to release.