After Nexus 5, it seems that its Google Nexus 10’s turn to show up on the Google Play Store. Google’s new tablet appeared on Google Play Store for a few minutes, revealing the specifications the tablet is expected to bring at the table. Unfortunately, it didn’t mention the pricing of the tablet, but we hope that it will be competitive. The image on Google Play Store looks similar to the press render we saw last week. 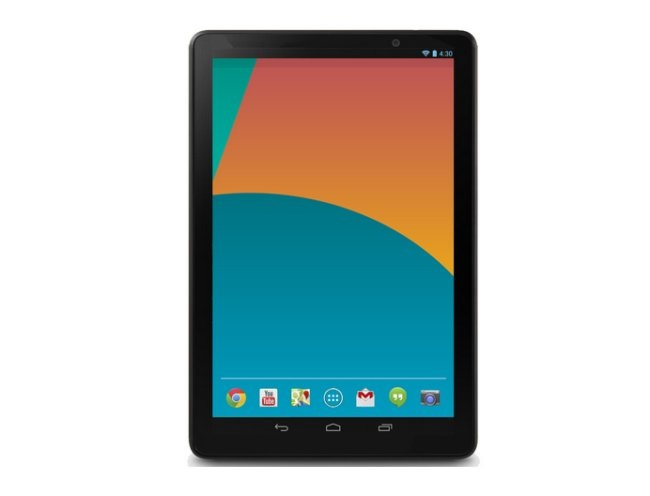 According to the Google Play listing, the new tablet will feature top of the line specifications as well. The new Google Nexus 10 is expected come with a 10.055-inch display sporting a resolution of 2560 x 1600 pixels with Gorilla Glass 3. It’s powered by the latest Snapdragon 800 chipset, the same chipset expected to come with Nexus 5 as well, with Adreno 330 GPU.

The tablet measures 258.9 x 172.6 x 7.9 mm and weighs only 584g. Other specifications include a 32GB internal storage, 3GB RAM, 8MP back camera, 2MP front camera, a massive 9,500 mAh battery and will run Android 4.4 KitKat out of the box. On the connectivity side, the tablet will feature WiFi, Bluetooth, NFC, micro USB and a 3.5mm headphone jack.

Obviously, there’s a possibility that it could be fake as its sent to the folks at PhoneArena by an anonymous tipster. We suggest our readers to take this new rumor with a pinch of salt, but these should be the expected specifications of the tablet. According to a recent rumor, the tablet is expected to make an official appearance on November 1st along with the new Nexus 5 and Android 4.4 KitKat. Here are the leaked Google Play Store images:

We’ll update you as soon as anything official comes up. If it’s 1st November, Google should start sending out press invites very soon.