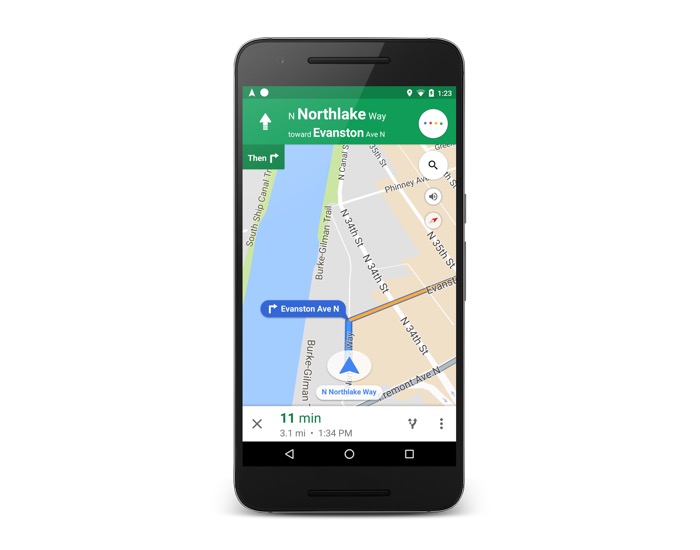 Google has released a new version of Google Maps and the latest version of the app on Android comes with voice commands.

You can now say ‘OK Google’ and then a voice command for Google Maps and you can then control Google Maps hands free.

When you say “Ok Google”, the microphone will activate and you’ll see a circle with bouncing dots – indicating that your voice command is being heard. For example, try saying “Ok Google, find gas stations”, and see what happens. You can tap the circle to cancel an ongoing command. If for some reason you want to use a non-hands-free alternative to saying “Ok Google”, tap the microphone and simply say “Find gas stations”.

To make sure you have things set up correctly, tap the overflow menu (the button with three dots), then tap “Settings”, and finally, tap ““Ok Google” detection”. The “While driving” setting allows you to say “Ok Google” during navigation in Google Maps. If you’d like to do this anywhere on your device, you’ll need to enable the “Always on” setting (on some devices, the setting is called “From any screen”). And if for some reason you’d like to turn off “Ok Google” detection entirely throughout your device, you can do so by toggling the settings to the off position.

You can find out more information about the latest version of Google Maps over at Google at the link below.