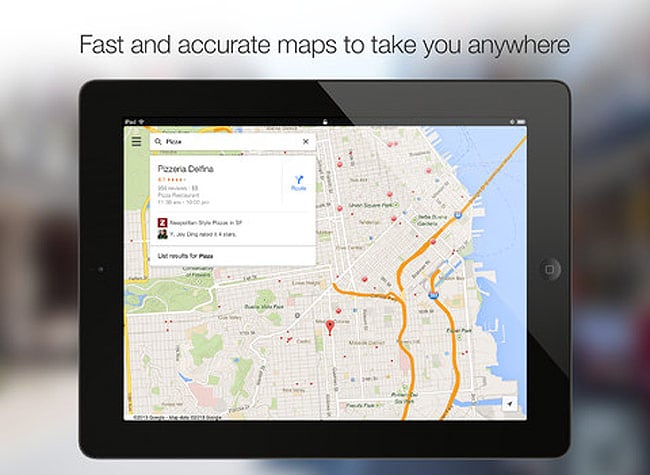 Together with indoor maps with walking directions for malls, transit stations, airports to name a few together with popovers that provide easier access to alternative route suggestions following in the footsteps of the recently launched Android Google Maps application.