Google Maps used to be the default mapping application on Apple’s iOS devices, this changed when Apple launched their own maps app, Apple Maps.

Google then released a stand alone version of Google Maps for iOS, and the company has been working to add new features to the app since it was launched. 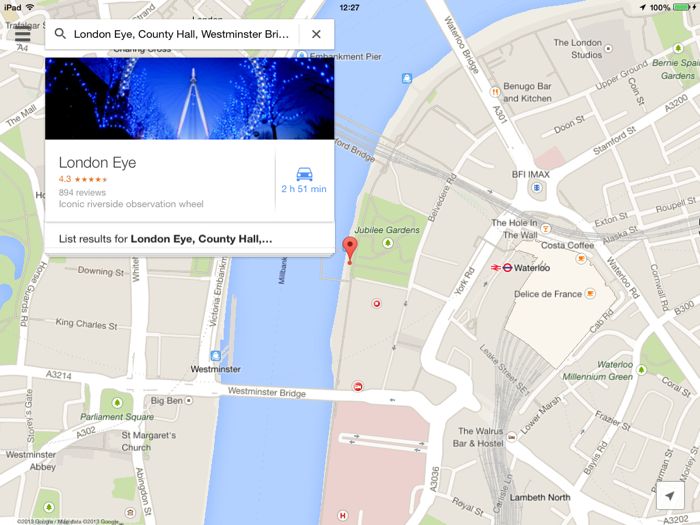 The latest version of Google Maps for iOS comes with a couple of new features, it now adds in support for flight, hotel, and restaurant reservations.

In order to use the new reservations feature in Google Maps on iOS, you will need to have a Gmail account linked to your device, and the reservations will show up when you have received a confirmation via email.

The latest version of Google Maps for iOS is compatible with the iPhone, iPad and iPod Touch, it will work on iOS devices that ate running iOS 6.0 and above.

You can download the latest version of Google Maps for iOS for the iPhone, iPad and iPod Touch from the iTunes App store, the applications is available as a free download.