Google updated their Google Maps for iOS app around the middle of last month, and now Google has now released another udpate for their iOS mapping app.

The latest version of Google Maps for iOS is version 2.4.3 and it comes with a range of new features, some bug fixes and also some other enhancements. 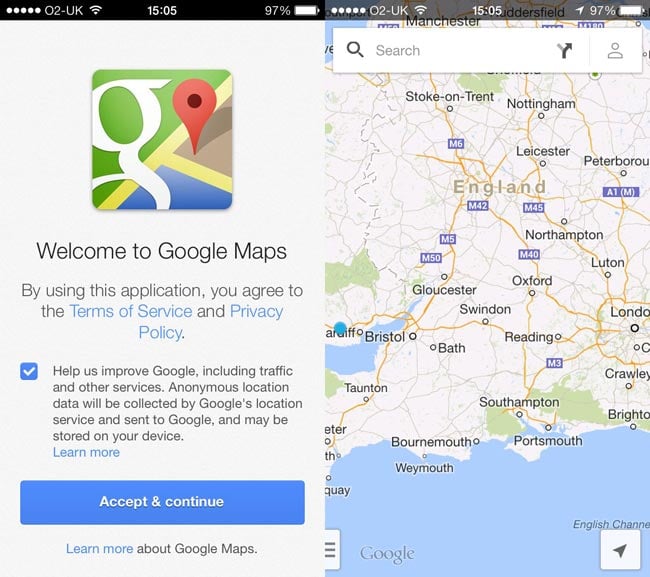 You can see a list of what is included in Google Maps 2.4.3 for iOS below, the latest version of Google Maps will work on IOS devices running 6.0 and above, the app is compatible with the iPhone, iPad and iPod Touch.

Google is obviously working to improve their maps app for Apple’s iOS platform, as Apple are also rumored to be working on a new number of new features for their built in Apple Maps app.

You can download the latest version of Google Maps for Apple’s iOS device from the iTunes app store.