Yesterday Google started rolling out a new update for its Google Earth software, which takes it to version 6.2. The new Google Earth update has now removed the “patchwork effect” normally seen when viewing images in Google Earth. Google has now replaced the images with a seamless smooth scrolling action.

The new Google Earth update also has a new feature that allows you to share a screenshot on Google+, plus search layers, where users can perform local searches and get directions, very much like you can do on Google’s Maps service. 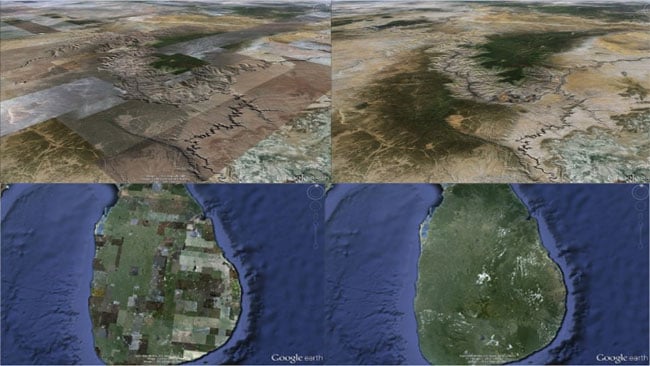 Google’s Earth search feature has also been updated and now features autocomplete, as well as a search layer that will reveal all search results, rather than just the top few. A Google spokeswoman said that the company has streamlined the way in which those images are shown as a user “falls” or zooms in toward the planet.

“We are always working on making Google Earth imagery as seamless as possible,” the Google spokeswoman said in an email. “These recent changes will make the map more beautiful by showing a single source of data at high altitudes, significantly reducing patchiness from orbit. You may notice as you zoom in that there will be shifts in imagery as data from different sources transitions in but we aim to minimize this effect through special processing.”