If you have ever wondered what Google’s searches would look like mapped onto a world globe, Google has launched a new service, The Search Globe. Which visualises searches from one day, and shows the language of the majority of queries in an area in different colours.

This Google Daily Search Globe visualisation was developed and designed by the Google Data Arts Team using WebGL, which is used to generate fast 3D graphics using your computers hardware,. As it has been developed in WebGL you need a WebGL-enabled browser, such as Google’s Chrome, to see the Globe. 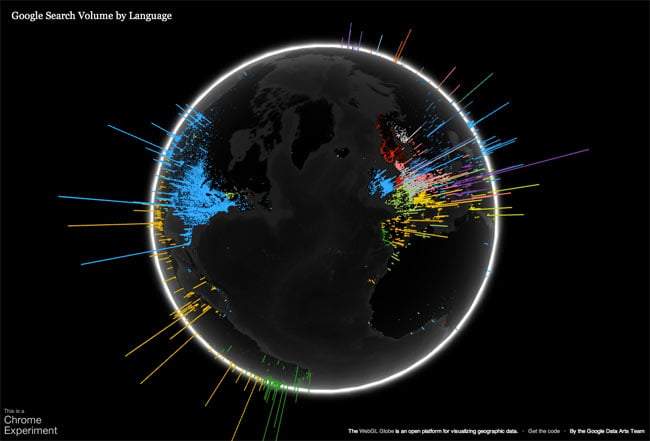 The Search Globe visualizes searches from one day, and shows the language of the majority of queries in an area in different colors. You’ll see a bright landscape of queries across Europe, and parts of Asia for instance, but unfortunately we see many fewer searches from parts of the world lacking Internet access—and often electricity as well—like Africa.

You can learn more about the technology behind the Globe on the Google Code Blog.