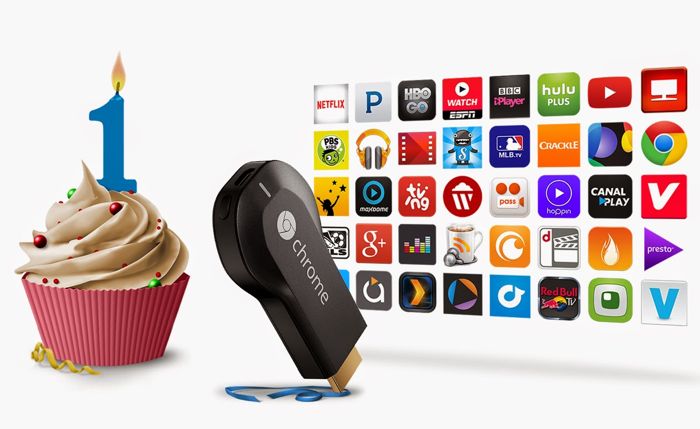 A year ago today Google launched their new streaming device, the Google Chromecast, the device has been extremely popular for the company, and Google has shared some details on how popular it has become.

According to Google people have used the cast button more than 400 million times since the device launched a year ago, and they previously said that they had sold million of Chromecast devices.

Today our little one, Chromecast, celebrates a year. We built Chromecast to make it easier for people to enjoy their favorite entertainment from their phone, tablet or laptop on the largest screen in the house—the TV. Since Chromecast launched, people have hit the cast button more than 400 million times to enjoy their favorite sports, music, premium movies and TV shows. We’ve added hundreds of your favorite apps, including WatchESPN, Pandora, Hulu Plus, HBO GO and PBS Kids; announced new features like mirroring your Android device to the TV and expanded to 30,000 stores across 20 countries.

Google are offering all access subscriptions to Google Play Music free for 90 days to celebrate the 1 year brthday of their Google Chromecast, you can find out more details at the links below.