We have been hearing about the Google Barge for a few weeks now, there has been speculation about what Google are building inside the barge, from a data center to a possible Google Glass store.

The guys over at TechCrunch have managed to get some details out of Google on what they plan to use the Google Barge for, it is apparently an interactive space to teach people about technology, you can see the statement from Google below. 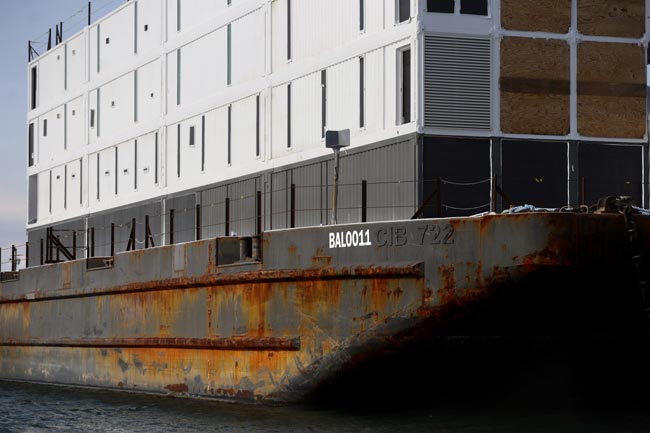 Google Barge … A floating data center? A wild party boat? A barge housing the last remaining dinosaur? Sadly, none of the above. Although it’s still early days and things may change, we’re exploring using the barge as an interactive space where people can learn about new technology.

There have been a total of four of these Google barges discovered in the US, they are apparently being constructed at the moment, where Google will place these barges when they are finished remains to be seen.

Google could use the spaces to also demonstrate some of their products like Google Glass, as well as using it as a place that people can learn about new technology.

It will be interesting to see exactly what the company has planned for its four Google Barges, as soon as we get some more information we will let you guys know.