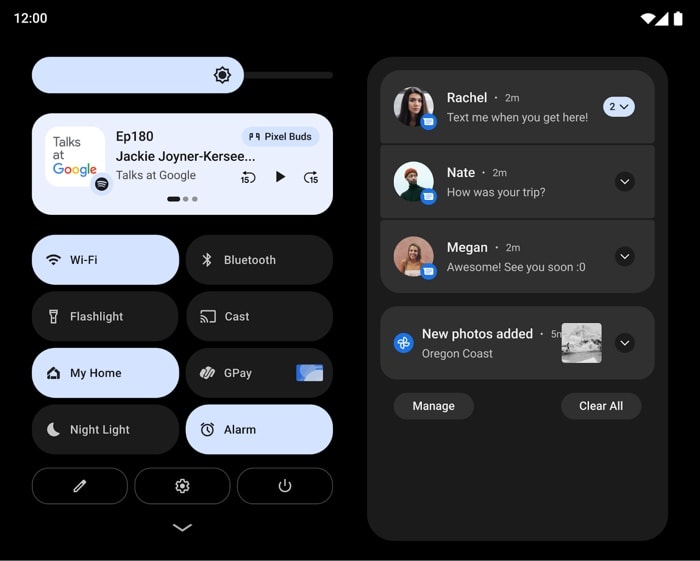 Google has announced that it is launching Android 12L which is designed for larger devices like tablet and also other devices like folding smartphones and more.

The Android 12L update will come with an updated layout and UI specifically designed for these types of devices, more details are below.

Today we’re bringing you a developer preview of 12L, our upcoming feature drop that makes Android 12 even better on large screens. With the preview, you can try the new large screen features, optimize your apps, and let us know your feedback.

In 12L we’ve refined the UI on large screens across notifications, quick settings, lockscreen, overview, home screen, and more. For example, on screens above 600dp, the notification shade, lockscreen, and other system surfaces use a new two-column layout to take advantage of the screen area. System apps are also optimized.

We’ve also made multitasking more powerful and intuitive – 12L includes a new taskbar on large screens that lets users instantly switch to favorite apps on the fly. The taskbar also makes split-screen mode more discoverable than ever – just drag-and-drop from the taskbar to run an app in split-screen mode. To make split-screen mode a better experience in Android 12 and later, we’re helping users by automatically enabling all apps to enter split screen mode, regardless whether the apps are resizable.

You can find out more information about the new Android 12L software update over at Google’s Android Developer website at the link below.