Google has today unveiled details and started rolling out a new video via web cam feature to its Google+ social networking site. The new share video via web cam feature now enables Google+ users to create videos directly from their web camera within their Google+ accounts. Google is currently rolling out the new update across all Google+ uses, but explains that it might take a couple of days for the new feature to hit your account. 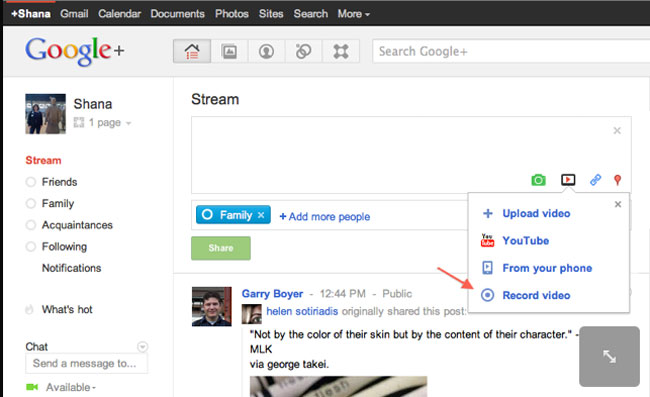 When the new option doesn’t appear in your Google+ account, to get going and start sharing your video via Google+. You simply need to click the video icon in the share box and choose the record video option, as shown in the image above.

Once you’ve given Adobe Flash authorisation to access your webcamera you can then start recording your footage. Any videos that you record will appear as an attachment in your post ready for you to share with your Google+ Circles. Have Fun!