We have already seen a gold HTC One, and now HTC has announced their own Gold HTC One, although this will be a limited edition device that is being produced to celebrate the 18th anniversary of the Mobo Awards.

HTC has valued this new Gold HTC One at £2,750, although you will not be able to buy one, as there will only be five produced, and one will be presented to the winner of the ‘best newcomer’ category at the Mobo Awards. 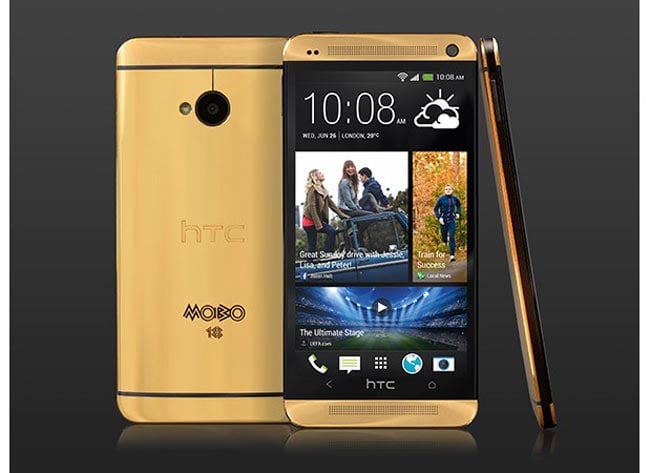 Apart from the gold casing, the handset shares the same specifications as the existing HTC One, which include a 4.7 inch full HD Super LCD display with a resolution of 1920 x 1080 pixels.

The HTC One comes with Android Jelly Bean and features a quad core 1.7GHz Qualcomm Snapdragon 600 processor, the handset also comes with 2GB of RAM and a choice of 32GB or 64GB of built in storage.

Other specifications on the HTC One include Beats Audio, and HTC’s new Ultrapixel camera, it also features LTE, 802.11 a/ac/b/g/n WiFi, Wi-Fi direct and DLNA.