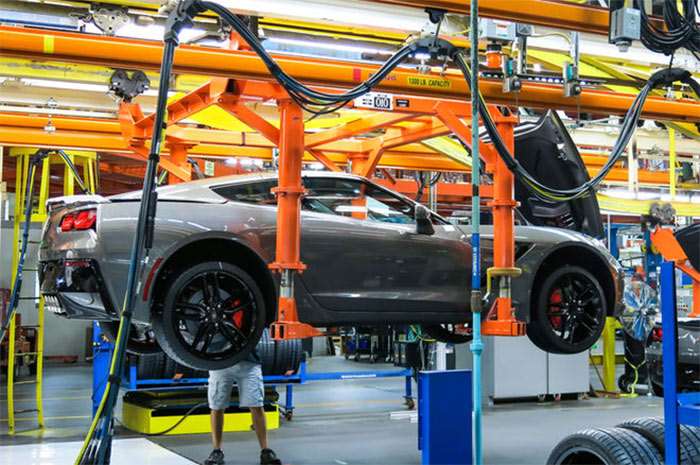 GM has been allowing Corvette fans to come out to the Bowling Green factory and watch as their car gets built and giving tours for a while now. Word is that those tours have been mysteriously cancelled for the next 18 months. This has led to some rumors that the factory might be in retooling mode for a rumored new Corvette.

GM has stated that the stopping of tours is so the plant can undergo “extensive work” leading to the drastic new Corvette model rumors. There have been rumors flying for a while that GM is working on a mid-engine Corvette. Other rumors have suggested that GM might be retooling the powertrain area to support a new 6.2L DOHC V8 that has been tipped.

Test cars have been seen at famous race tracks Laguna Seca and Nurburgring wearing heavy camo and wearing aero bits not seen on any current Corvette. That particular car lapping those two famous tracks had an exhaust note that is said to sound unlike anything a Corvette has made in the past.