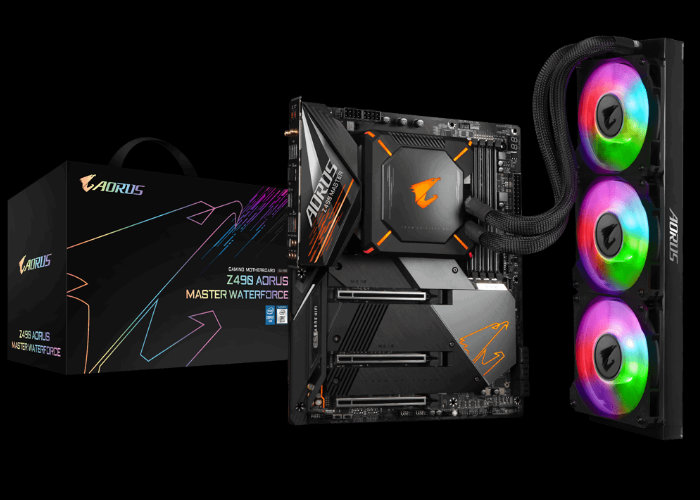 The GIGABYTE AORUS Master WaterForce motherboard features a 14-phase digital power design in which each phase can hold up to 90 amps with its Smart Power Stage design, delivering up to 1260 Amps for the best power balance to prevent the processors’ performance drop from VRM overheating. Other features inlcude PCIe 4.0 grade PCBs, PCIe slots, M.2 slots, and controllers for the highest bandwidth quality.

“To address this potential bottleneck, Z490 AORUS MASTER WATERFORCE motherboard equips with Thermal Guard II. With unique adjustments in the mechanism, the new patented design ensures that both sides of the M.2 SSD are adequately cooled to prevent thermal throttling under high-speed operation. Solid power pin connectors on the addition of Tantalum Polymer capacitors improve the transient response of the VRM between high and low loads to reduce 22% of voltage wave, providing more stable and pure power to enhance the stability of the processor so that users won’t have to worry about overlocking failures caused by unstable power.”