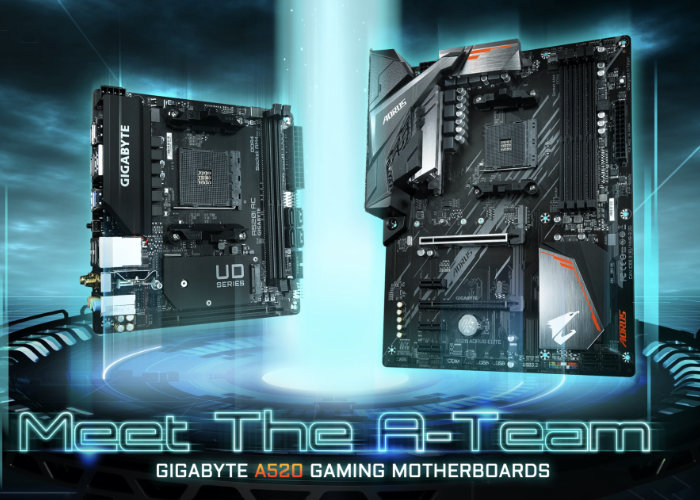 Gigabyte has introduced it’s new range of AMD A520 chipset motherboards created for 3rd Gen AMD Ryzen processors, as well as planned support for the next-gen Ryzen Desktop processors. The Gigabyte A520 motherboards come with the exclusive Q-Flash Plus Technology and users can update the motherboards BIOS without even installing a processor, memory, graphics cards, or booting up the PC.

“The latest BIOS update boosts the performance of the new processors, and fixes partial security issues of SMM Callout which can let users have it both ways in system performance and security.”

“We know PC users want a powerful and reliable platform for productivity and day-to-day applications,” said Chris Kilburn, corporate vice president and general manager, client component business unit, AMD. “Today, AMD is excited to introduce the A520 chipset, providing a robust platform for everyday users to enjoy the power of 3rd Gen Ryzen Desktop Processors and planned support for Ryzen Desktop Processors built on the upcoming “Zen 3″ architecture. With high-performance designs from our partners at GIGABYTE, the A520 chipset is a strong platform for the most demanding home and office users.” 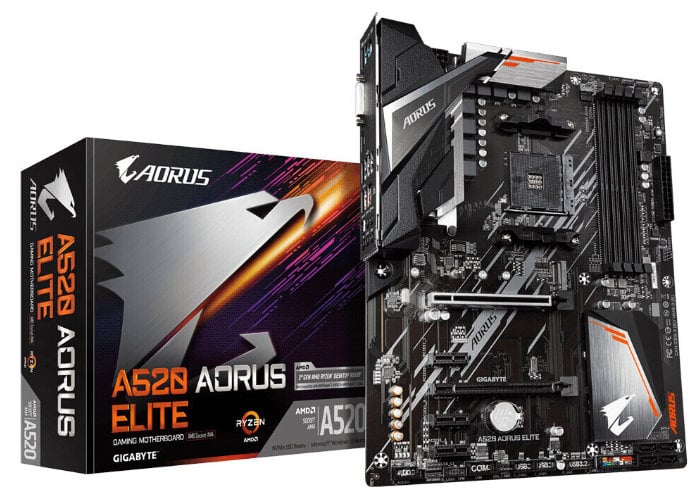 Features of the Gigabyte A520 AORUS ELITE (rev. 1.0) motherboard include :

For more information and full specifications on all the new A520 AORUS ELITE motherboards Jumper were to the official Gigabyte website by following the link below.