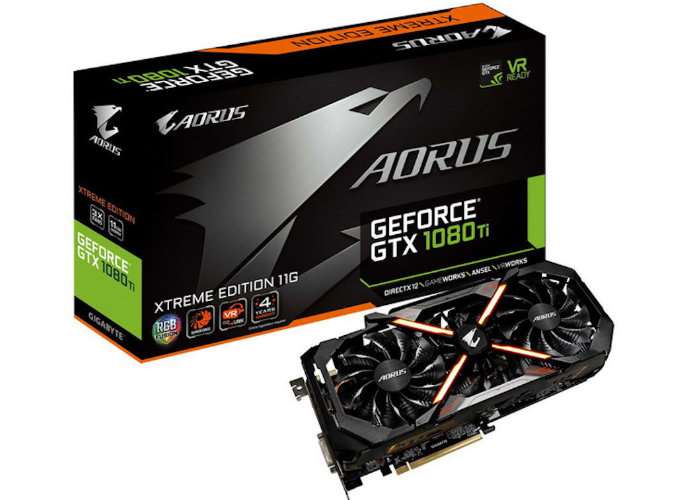 Gigabyte have this week unveiled a new addition to their range of GeForce GTX 1080 Ti graphics cards, to which they have applied some custom enhancements and tweaks to create the AORUS Xtreme Edition Graphics Card.

The Gigabyte 1080 Ti AORUS Xtreme Edition graphics card is equipped with a single VR-link HDMI port on its front corner while on the rear Gigabyte have added 2 x HDMI ports, 2x DiplayPort, and 1x DVI.

Unfortunately no performance statistics or clock speeds have been released by gigabyte at the current time but the sooner small details come to light we will keep you up-to-date as always. Also no information on pricing or worldwide availability has been released as yet but expect the card to make it to retail outlets worldwide during April 2017.