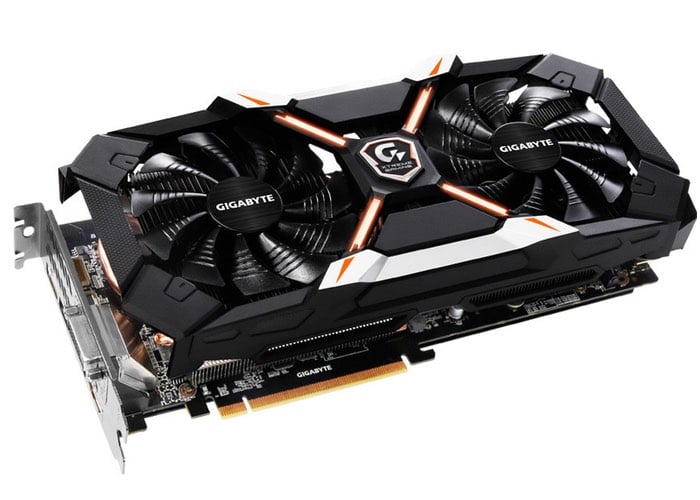 Today Gigabyte has unveiled a new addition to their range of GTX 1060 graphics cards with the launch of the GeForce GTX 1060 Xtreme Gaming card which is based on the 6GB model.

Other specifications include 8316 MHz (GDDR5-effective) overclocked memory, against 8008 MHz when compared to the reference graphics card. As well as a more robust cooling solution and a strong VRM setup to help maintain the overclocking with ease. The Tech Power Up website writes :

The cooling solution is a new-generation WindForce 2X Xtreme Gaming. This cooler is 3-slot, and features a twin-stack aluminium-fin heatsink, which uses three 8 mm-thick copper heat pipes that draw heat directly from the GPU, conveying it to two aluminium fin-stacks, ventilated by a pair of 100 mm fans which rotate in opposite directions to each other, while pushing air onto the heatsink. These fans stay off when the GPU is idling, a manual override button stops them on-demand. You get RGB LED lighting on a decal, and an X-shaped ornament on the cooler shroud. The card draws power from a single 8-pin PCIe power connector. Outputs include three DP 1.4, and one each of HDMI 2.0b and dual-link DVI.

Unfortunately no information on pricing or worldwide availability has been released as yet Gigabyte, but as soon as more information comes to light for the GeForce GTX 1060 graphics card we will keep you updated as always.