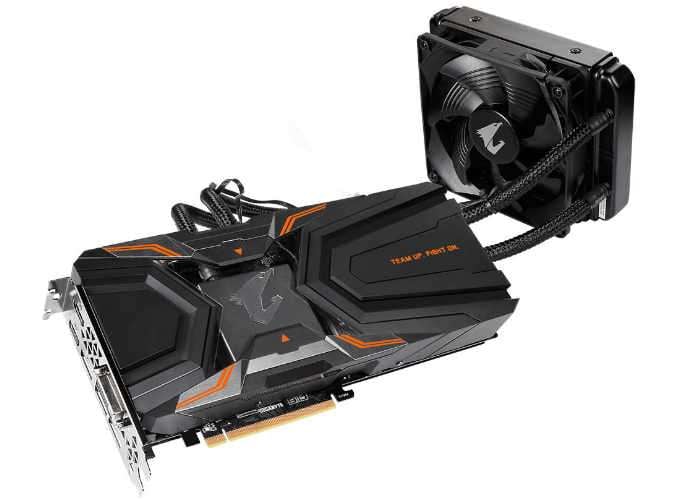 GIGABYTE has unveiled a new addition to their range of Aorus GeForce GTX 1080 Ti graphics cards with the unveiling of the WaterForce Xtreme addition which is equipped with a factory-fitted full-coverage water-block.

Unlike the GIGABYTE WaterForce WB Xtreme Edition, which requires that you connect your own water-cooling system the, WaterForce Xtreme comes with a self-contained AIO liquid-cooling loop already attached making installation a breeze.

The cooling solution consists of an pump-block base which makes contact with the GPU and a base-plate that draws heat from the VRM and memory; and a 120 mm radiator with an included 120 mm fan. The cooler-shroud features some groovy acrylic windows, and RGB LED lighting controlled by GIGABYTE RGB Fusion software.

Unfortunately no information on pricing or worldwide availability has been released as yet by GIGABYTE, for the Aorus GeForce GTX 1080 Ti WaterForce Xtreme Graphics Card, but as soon as information comes to light we will keep you updated as always.