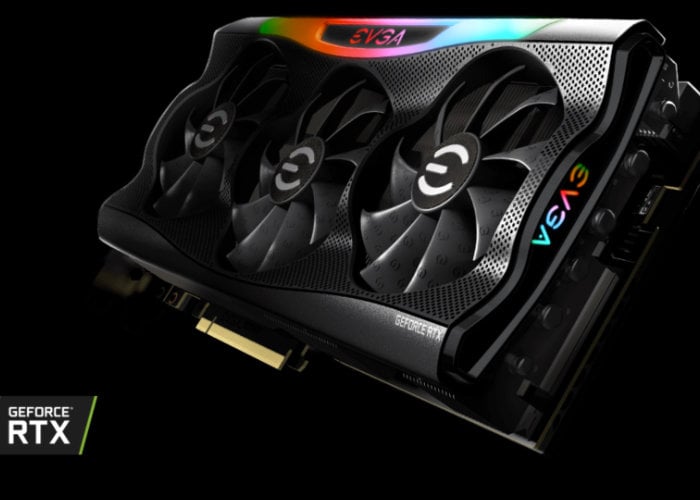 “The EVGA GeForce RTX 3090 is colossally powerful in every way imaginable, giving you a whole new tier of performance at 8K resolution. It’s powered by the NVIDIA Ampere architecture, which doubles down on ray tracing and AI performance with enhanced RT Cores, Tensor Cores, and new streaming multiprocessors. Combined with the next generation of design, cooling, and overclocking with EVGA Precision X1, the EVGA GeForce RTX 3090 Series redefines the definition of ultimate performance.”

“The new NVIDIA GeForce RTX 30 Series GPUs, the 2nd generation of RTX, features new RT Cores, Tensor Cores and streaming multiprocessors, bringing stunning visuals, amazingly fast frame rates, and AI acceleration to games and creative applications. Powered by the NVIDIA Ampere architecture, which delivers increases of up to 1.9X performance-per-watt over the previous generation, the RTX 30 Series effortlessly powers graphics experiences at all resolutions, even up to 8K at the top end. The GeForce RTX 3090, 3080, and 3070 represent the greatest GPU generational leap in the history of NVIDIA.”