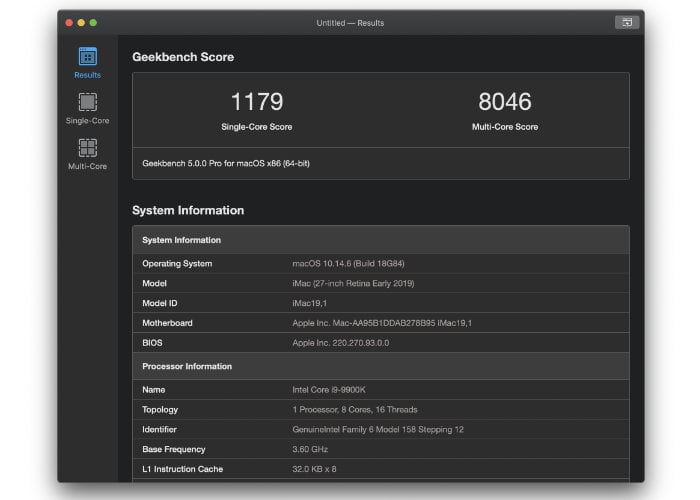 Primate Labs has announced the availability of Geekbench 5, the latest major upgrade to the easy-to-use benchmarking software available for Windows, macOS, iOS and Linux from the Geekbench website and Geekbench 5 for Android will be available later this week on Google Play.

Geekbench 5 includes several improvements to the GPU Compute Benchmark and the Geekbench 5 CPU Benchmark includes new benchmark tests that model the challenges your system faces when running the latest applications. These tests use cutting-edge technologies, including machine learning, augmented reality, and computational photography. The Compute Benchmark now supports Vulkan, along with CUDA, Metal, and OpenCL. “Vulkan is the next-generation cross-platform graphics and compute API. Vulkan Compute Benchmarks are available on Android, Windows, and Linux.”

“Geekbench 5 CPU Benchmark includes new modes of multi-threaded benchmarks, allowing threads to work co-operatively on one problem rather than separately on different problems. With the addition of different threading models, Geekbench 5 better captures the performance of different multi-threaded applications on personal computing devices.”

To celebrate the launch of the new Geekbench 5 benchmarking software Primate Labs is offering a limited time discount until September 10th, 2019.