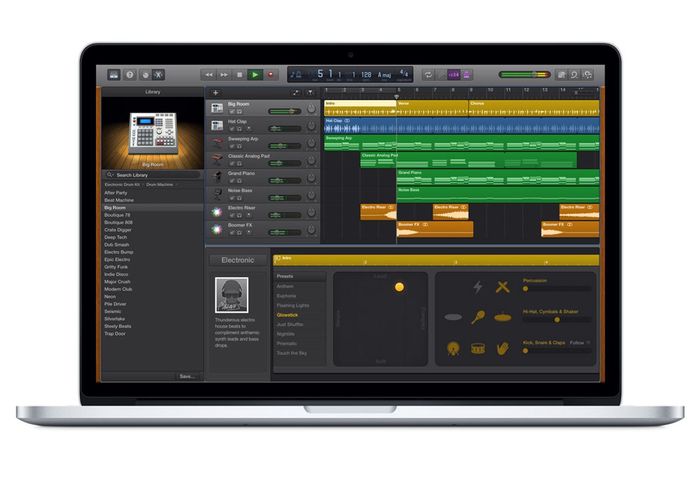 Apple has released a new update for their GarageBand music application that brings with it a number of new features, tweaks and enhancements including over 100 EDM and Hip Hop-inspired synthesiser patches.

Together with support for the new Force Touch trackpad that have been added to the latest Apple MacBook laptops launched in recent months, enabling the new Transform Pad Smart Control for sound morphing.

Other features include ten new Drummers that have been added to the software to create beats in a variety of electronic music and Hip Hop styles including House, Trap, Techno, Dubstep and more. Other new features within Garageband include :

– Record the movements of software instrument Smart Controls to capture performances of effect and tone adjustments
– 1,000 new Apple Loops from a variety of popular instruments and genres including EDM, Hip Hop, Indie, Disco, Funk, and Blues
– Share directly from GarageBand to Apple Music Connect*
– Resolves an issue which prevented the export of long recordings
– Contains multiple enhancements to Accessibility

Rebuilt from the ground up with a fresh new look and amazing new features, GarageBand is the easiest way to create a great-sounding song on your Mac. Add realistic, impeccably produced and performed drum grooves to your song with Drummer. Easily shape the sound of any instrument in the Sound Library with Smart Controls.

Crank up the bottom end with Bass Amp Designer, or mix and match electric guitar amps, cabinets, and pedals with Amp Designer and Pedalboard. Control GarageBand and play any software instrument wirelessly on your iPad using the Logic Remote app. Use iCloud to keep your GarageBand projects updated across multiple Mac computers, or even import GarageBand for iOS songs directly from iCloud.

For more information on the new GarageBand update jump over to the Apple Mac App Store for details.