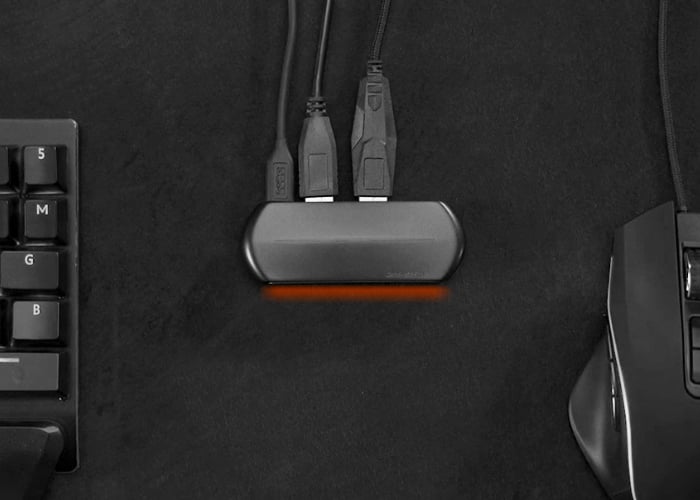 IOS and Android mobile gamers may be interested in a new adapter called the GAMO G+ which enables you to easily connect a keyboard and mouse for easier and more precise control during gameplay. Check out the video below to learn more about the GAMO G+ keyboard and mouse adapter which is now available to back via Kickstarter with earlybird pledges available from just $29 or roughly £23.

If the campaign is successful in manufacturing progresses smoothly worldwide shipping is expected to take place during August 2019. “The innovative GAMO G+ brings you the PC gaming experience of the mice and keyboard control on the smartphones via lag-free Bluetooth 4.0 connection. It involves no root, emulator or PC, so it’s totally legit and won’t be banned. Winning that chicken dinner has never been easier with GAMO G+ ! “

“Competitive shooter games such as PUBG and Fortnite can get a little overwhelming for they have a lot of on-screen buttons. Simply toggle the switch on GAMO G+ between iOS(including iPadOS) and Android to accommodate to different phone and tablet models. And it’s hard to aim and fire accurately, pick up items and loot while scanning the surroundings, switch shooting mode or check map and inventory with a mere touchscreen.”

For more information and to make a pledge jump over to the official Kickstarter crowdfunding campaign page by following the link below.