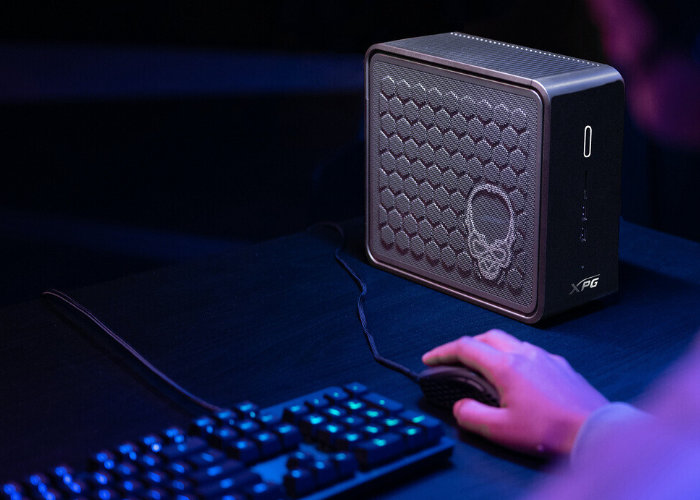 ADATA has announced the official launch of its new gaming mini PC in the form of the XPG GAIA, based on Intel’s NUC 9 Extreme Kit Ghost Canyon, the XPG GAIA can be equipped with up to an Intel Core i9-9980HK processor, providing up to 5.00 GHz through eight cores supported by two 32 GB (2x16GB) 3200 MHz sorted DRAM. The small form factor gaming PC will also accommodate graphics cards up to 202 mm in length.

The ADATA XPG GAIA gaming mini PC is now available in the United States and Japan, and for early adopters a limited amount of a free copies of Marvel’s Avengers are available with each purchase of the XPG GAIA mini PC, says ADATA. 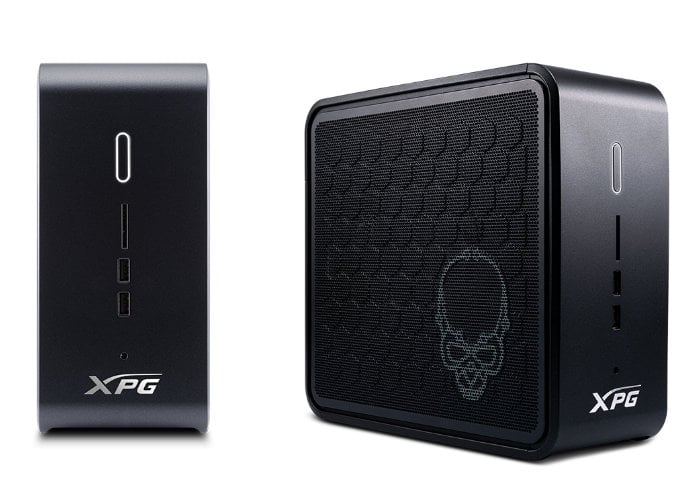 “With a compact 5-liter form factor, the XPG GAIA will free up precious space on desktops or tables to keep things tidy. Its size makes it ideal for smaller spaces, such as dorm rooms, studio apartments, and small offices. The small form factor also makes it relatively easy to move around should the need arise, great for bringing to LAN parties or influencers on-the-go. Its clean and minimalist exterior design with side mesh panels fit perfectly in just about any space. Beyond just form, the side mesh panels also provide effective optimal thermal control and cooling superior to that of notebook PCs.”

“Poviding ultimate stability and breathtaking speeds while also supporting Intel XMP 2.0 for hassle-free and stable overclocking. Meanwhile, an award-winning XPG SX8200 Pro solid state drive offers sequential read/write speeds of up to 3500/3000 per second. Also, it has a powerful yet highly efficient Flex ATX power supply with a 500 W 80 Plus Platinum rating, which can maintain low noise levels of up to 40dB, ensuring minimal distraction.”