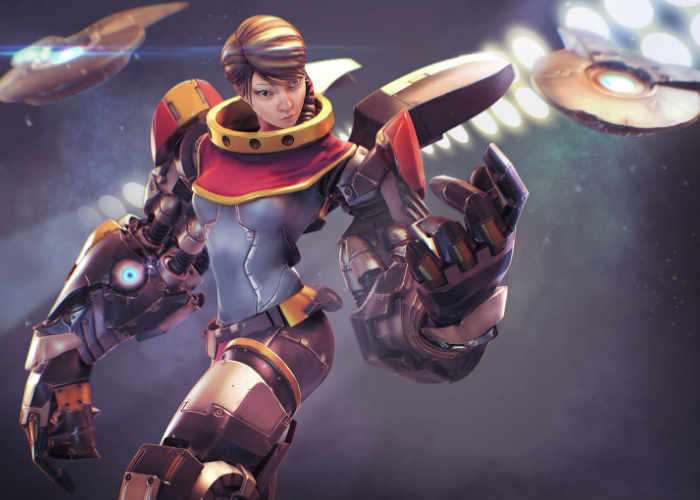 Anders Larsson Co-founder of developers Lightbulb Crew has taken to the PlayStation blog this week to reveal more details about the arrival of Games of Glory on the PlayStation 4 and PC systems.

A new basic tutorial video has been created and published enabling you to get the most from your first hours playing the Games of Glory game which is free to play.

Games of Glory takes the form of an intense, competitive, multiplayer top-down team shooter. Two teams will confront one another in the futuristic arenas of the Synarchy. The Synarch, the mysterious leader of the intergalactic empire, organizes the Games of Glory. The outcome of these games will influence the future of the universe.

Hints and tips include :

Clones – As a Clone controller, your role is to take the helm controlling the Clone of a legendary fighter. Each Clone possesses three unique skills, which you, the controller, will unlock and upgrade throughout the course of a match as you accumulate experience.
Clones can be grouped into five major classes:

Carry – The role of a Carry is to inflict heavy damage over time, with ranged weapons across long distances. The carry compensates for its feeble defenses with heavy damage and adept use of weaponry.
Good choice for beginners: Pinto
Assassin – The Assassin is a solitary creature, forever seeking isolated targets with few remaining hitpoints to inflict a maximum amount of damage in a minimum amount of time.
Good choice for beginners: Shih

Tank – Massive and slow, the Tank will use his body to block incoming shots as well as hinder the team’s adversaries, all the while absorbing a maximum amount of damage to protect the rest of his team.
Good choice for beginners: Deadball

Scout – The speediest of the five classes, the Scout can advance rapidly into enemy territory to place traps, capture objectives, or prevent stragglers still making their escape from reaching safe cover.
Good choice for beginners: Saga