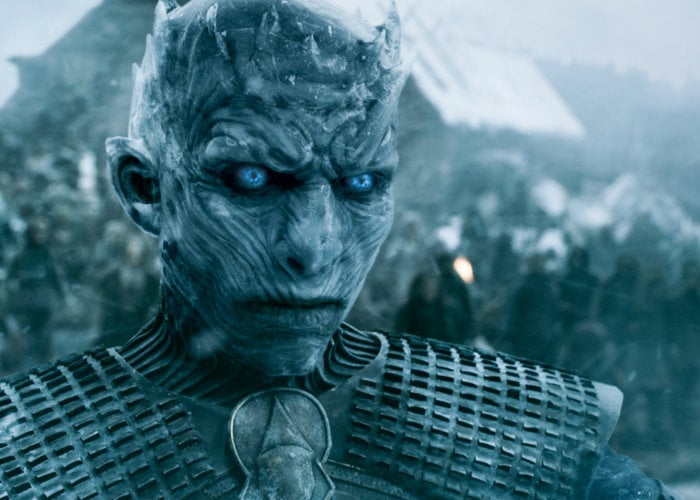 Game of Thrones fans enjoying season eight what enjoy this quick behind-the-scenes rummage Game of Thrones props warehouse offering a glimpse of the wide variety of different props and special effects created to build the scenes in the show. “As the final “Game of Thrones” season begins, Anderson Cooper and Kit Harington explore the warehouse containing a treasure trove of television artefacts.” With a few prop, costumes and special effects behind-the-scenes videos previously released.

“Set on the fictional continents of Westeros and Essos, Game of Thrones has several plots and a large ensemble cast, but follows three story arcs. The first arc is about the Iron Throne of the Seven Kingdoms, and follows a web of alliances and conflicts among the noble dynasties either vying to claim the throne or fighting for independence from it. The second story arc focuses on the last descendant of the realm’s deposed ruling dynasty, who has been exiled and is plotting a return to the throne. The third story arc follows the Night’s Watch, a brotherhood defending the realm against the fierce peoples and legendary creatures of the North.”

“Game of Thrones is an American fantasy drama television series created by David Benioff and D. B. Weiss for HBO. It is an adaptation of A Song of Ice and Fire, George R. R. Martin’s series of fantasy novels, the first of which is A Game of Thrones. The show is filmed in Belfast and elsewhere in Northern Ireland, Canada, Croatia, Iceland, Malta, Morocco, Scotland, Spain, and the United States. The series premiered on HBO in the United States on April 17, 2011, and will conclude with its eighth season, which premiered on April 14, 2019.”

“mmy-winning prosthetics designer Barrie Gower gave us a tour of his workshop BGFX just outside of London. The team here worked on seasons 4-8 of the popular HBO series “Game of Thrones”, as well as feature films and TV shows. We learned how the Night King makeup is made, as well as wights and White Walkers.”