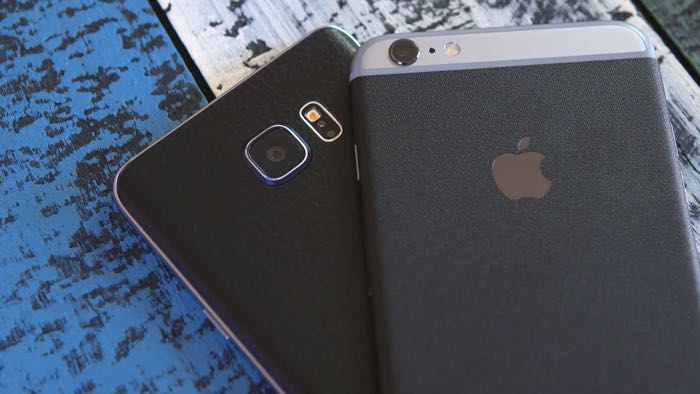 We have already seen a video of the Galaxy Note 5 vs iPhone 6S Plus testing out the speed of the two handsets and now we have another video comparing the cameras.

The latest video, which puts the Samsung Galaxy Note 5 camera up against the iPhone 6S camera was put together by Dom Esposito of 9 to 5 Mac.

The iPhone 6S comes with a 12 megapixel camera and it features a dual tone flash and optical image stabilization. The handset is capable of shooting 4K video at 30 frames per second, the camera is a major upgrade over the iPhone 6 Plus from last year.

Samsung’s new Note 5 comes with a 16 megapixel camera, this camera can also record 4K video at 30 frames per second and it also features optical image stabilization and an LED flash. The video below gives us as look at the two cameras side by side, which one do you think will win?

As we can see from the video, the images on the Galaxy Note 5 are sharper and have more saturation out of the box than the iPhone 6S Plus, without the need for any editing. You can see lots of sample photos that were taken with both handsets over at 9 to 5 Mac at the link below.