Gaikai has launched a new beta service in Facebook this week allowing Facebook users to play PC game demos, directly from within the social network. Without the need to download or install the game or any software on their local computer.

The Facebook Gaikai gaming service is currently in a beta testing phase and available to Facebook users within the U.S. and Europe. Offering them the ability to enjoy 5 playable PC games. 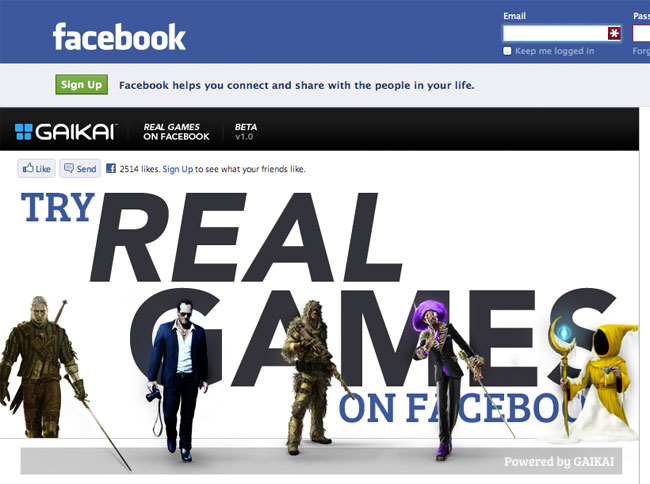 Other popular games including : Sniper – Ghost Warrior (USA & Europe) and The Witcher 2 – Assassins of Kings (USA & Europe) will also be made available very soon, says Gaikai. If the testing all goes to plan Gaikai is hoping to roll out popular MMOGs through the service for Facebook users in the future. Gaikai CEO David Perry explains:

“People don’t want to leave Facebook to play games – Zynga’s phenomenal success is proof of that,”-“Cloud Gaming means that the game doesn’t need to be downloaded and run on your computer, it literally means the game runs out on the internet, in the cloud, with the experience being streamed to the players. Most video game publishers are now seeking to grow their digital customer base and unlike movie and music services like Netflix and Spotify, Gaikai gives the game publishers relationships with the customers.”

To give the new Gaikai PC game Streaming service a go, jump over to the Facebook Gaikai beta test page now. Enjoy!