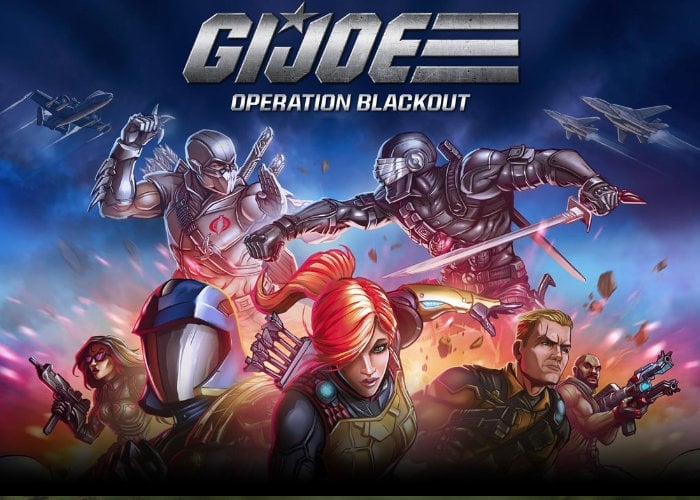 The G.I. Joe Operation Blackout the third-person shooter game based on the IDW comic book series G.I. Joe is now available to pre-order and will be launching on PC, Nintendo Switch, PlayStation 4 and Xbox One next month, available to play from October 13th 2020 onwards. Players can take on roles of 12 characters from the G.I. Joe Team or the Cobra Command, including Lady Jaye, Snake Eyes, Scarlett, Duke, Roadblock, Storm Shadow, Destro, Baroness, Cobra Commander, and Zartan, in two Sonic Adventure 2-style story modes: one where players control the protagonists, and one where players control the antagonists.

“G.I. Joe and Cobra are back! G.I. Joe: Operation Blackout is a team-based third- person shooter where you play as your favorite characters from Team G.I. Joe and Team Cobra. Experience the action from both sides as you help G.I. Joe restore order and lead Cobra to world domination. Continue the fight with all new character and weapon skins and get exclusive access to the art and music from the game! G.I. JOE VS COBRA – Play with 12 of your favorite characters from both sides including Snake Eyes, Duke, Roadblock, Storm Shadow, Cobra Commander, Destro and more in 4-player PvP and across 17 epic campaign story missions. “